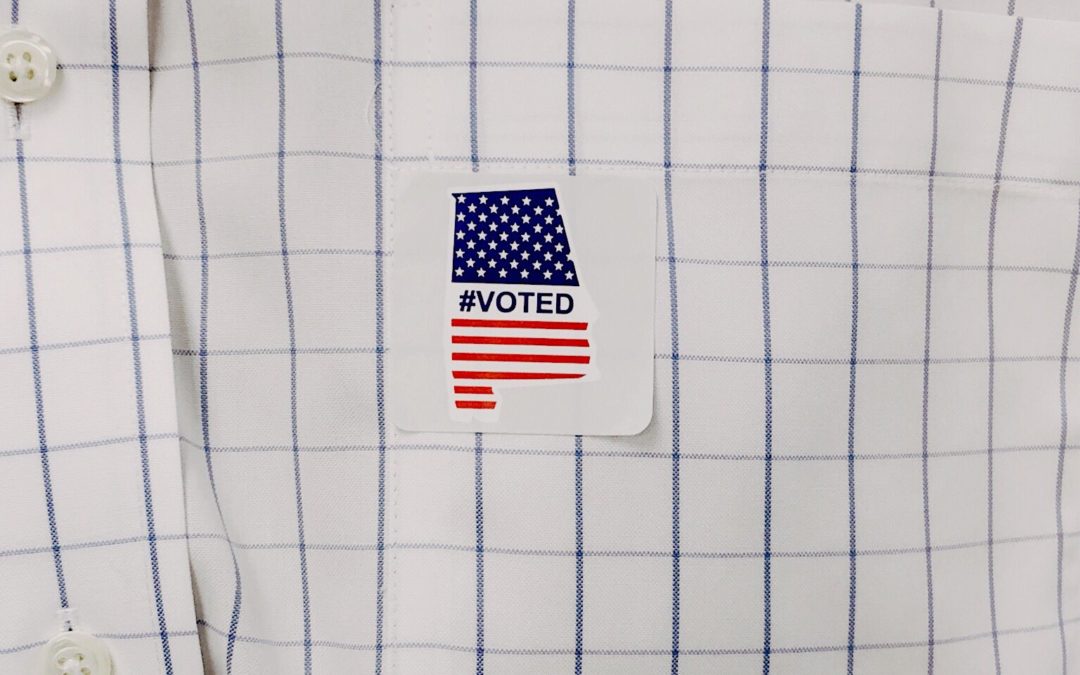 Today, all across the nation, people are heading to the polls to vote in one of the most important elections to date. 35 of the 100 US Senate seats are on the ballot today. Voters will also choose the 435 members of the US House of Representatives. This election is so important because it has the power to shift Congress’s majority vote from Republican to Democrat, should more Democratic candidates be voted into office.

To find out more about Alabama’s candidates for the US House of Representatives click here.

To find out more about Alabama’s statewide candidates click here.

Amendment One – The Ten Commandments

“Providing for certain religious rights and liberties; authorizing the display of the Ten Commandments on state property and property owned or administrated by a public school or public body; and prohibiting the expenditure of public funds in defense of the constitutionality of this amendment.”

“To declare and otherwise affirm that it is the public policy of this state to recognize and support the sanctity of unborn life and the rights of unborn children, most importantly the right to life in all manners and measures appropriate and lawful; and to provide that the constitution of this state does not protect the right to abortion or require the funding of abortion.”

“Proposing an amendment to the Constitution of Alabama of 1901, relating to the Board of Trustees of the University of Alabama, to specify that the congressional districts from which members are appointed continue to reflect those as constituted on January 1, 2018, to remove the State Superintendent of Education from membership, and to delete the requirement that members vacate office at the annual meeting of the board following their seventieth birthday.”

“Proposing an amendment to the Constitution of Alabama of 1901, to provide that, if a vacancy in either the House of Representatives or the Senate occurs on or after October 1 of the third year of a quadrennium, the seat would remain vacant until a successor is elected at the next succeeding general election.”

To read more about the proposed amendments click here.

We hope that you take the time to educate yourself about who and what is on the ballot. Voting is a crucial part of our democracy. Many people choose not to vote because they believe that their vote doesn’t matter. However, that is not true. When you vote in smaller, local elections you’re voting for the representatives who will vote for you in the larger, national elections. Every vote counts. Voting in every election, both big and small, is how you make your voice heard. We implore you to do your civic duty and help shape Alabama’s future.

Uber is offering free rides to the polls, click here to learn more.

Everyone at Gathings Law is heading to the polls today. We hope you do too! #vote