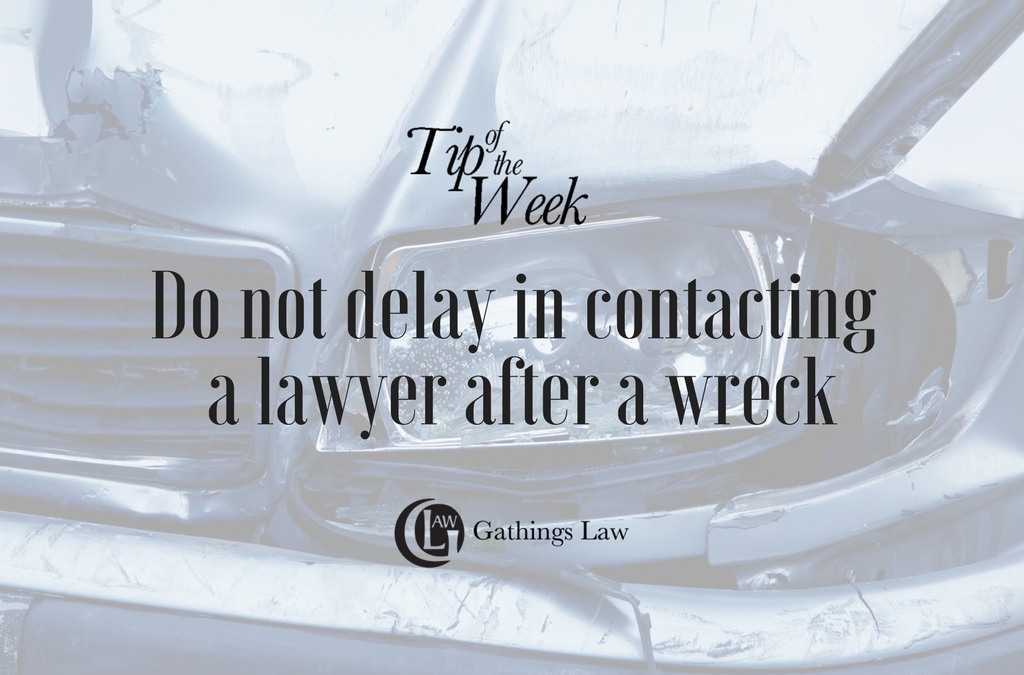 When you’re injured in a car wreck, time is of the essence. It is crucial that you don’t delay in reaching out to a lawyer. That is what Gathings Law Attorney, Will Lattimore, talked about in this week’s #TipOfTheWeek video.

Another important reason to contact a lawyer as soon as possible is to ensure that important evidence is preserved. For example, 18 wheelers typically have event data recorders. This evidence is crucial in serious truck wreck cases and it can have a way of disappearing over time.

Truck driver’s logs also frequently disappear relatively quickly.  Calling a lawyer as soon as possible after the wreck can ensure that the lawyer is able to preserve and acquire the driver’s logs.  These are often critical to a claim as well, particularly when the logs suggest that the driver has not had enough time to sleep before getting back behind the wheel.

If you or someone you love has been injured in car wreck, call Gathings Law. We have the resources to fight and the experience to win.

As a reminder, Gathings Law will be posting different legal tips every week on social media. If you have any questions that you want answered, tell us what you’d like to hear about next; we’d love to hear from you. Go to our Facebook page, @GathingsLaw, to cast your vote for next week’s topic. To make sure that you don’t miss any Tips of the Week, follow Gathings Law on Facebook, Twitter, Instagram, LinkedIn, and YouTube @GathingsLaw.